Aloha, friends. It sure is an interesting time for the economy and real estate, both in Hawaii and across the nation. If you’re a news junkie, then you no doubt are aware of the see-saw performance of the stock market. Today it’s up, tomorrow it’s down. It’s basically dependent on two key items: HOUSING and JOBS, the two of which are themselves intrinsically linked together.

But how reliable are those numbers? How many times have you seen on the morning news that stocks are up based on the latest jobs report only to see them get whacked right back down the next day because of another lending mess at a big bank? If you’re like me, it’s happened way too often to have much faith in the short-term future of the market! (btw, if you want a more consistent return, watch our private lending video)

Making Sense Of It All 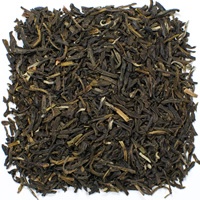 It’s difficult to look at all the signals and get a real read on what to expect in the next 6 months, much less the next 2-4 years. On one side, there are many in the local real estate scene who point to the low inventory as a sign of better things to come. And honestly, who can blame them? I visited an open house recently in Kapahulu — a real fixer upper — and there were already offers in over asking price. There seems to be a mindset of ‘grab it now before it’s too late’.

Is that the right investment plan? Well, as usual, it depends on what kind of an investor you are. If you’re a long term buy-and-hold type, then possibly BUT there’s a big lesson to remember:

No matter what the market’s doing, you can still overpay for a house if you’re not careful.

Yes, even if inventory is shrinking and there’s a bit of ‘buyer’s frenzy’, don’t get pulled into the whirlwind to the point where you break your buying criteria. It’s not worth it. Think people were regretting purchases around 2006? You betcha. Just because a report came out in the Star Advertiser that $800,000 homes on Oahu are around the corner doesn’t mean it’s so. And it sure doesn’t mean that you have to give up your first-born to get one.

Of course, the other point of view is that the backlog of shadow inventory being held back by the banks is about to whack the market right back down. Some say we’re only months away from a new wave of REO foreclosed properties from hitting the Hawaii market — and those on the mainland. Is that likely? No doubt the banks have taken back numerous properties over the past 5 years, and millions of homes across America sit vacant. At some point, the banks have to get something back for these non-performing (dead) assets. Does it mean they’ll give them away for a song? Not likely, especially since today’s REO sales aren’t too far below market value.

So how to read the tea leaves? Well, I just finished a cup of lapsang souchong writing this post (an unusual smoky tea but a personal favorite), and honestly — my tea leaves don’t tell me squat! What a sham! But I do know what my own criteria is and I know what investments make sense to ME in the present moment. And in a time of conflicting signals, maybe that’s the biggest lesson of all.

Just fill out the form below — don’t worry, no spam — and you’ll be notified of the latest and greatest deals on property right here in Hawaii. 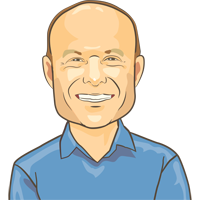